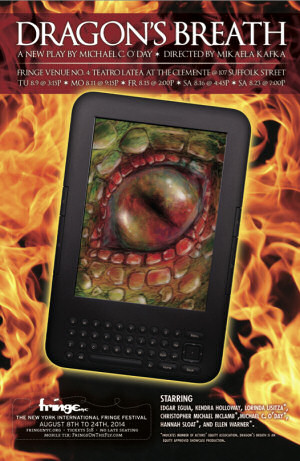 Presented as part of the FringeNYC 2014 International Fringe Festival

Justine Drake dreams of seeing her YA paranormal romances in print. But somewhere between reading at bookstores, counting website clicks, and fending off internet trolls, she accidentally creates a dangerous cult. Some stories take on a life of their own…

“In this wonderfully ironic, funny satire of the birth of religious fervor,
O’Day provides the means to laugh at but also think about this process.”
– NYTheatre Now

“This show was such a delight to watch! Witty, well-written, and energetic … I could see this on an off-Broadway stage in no time … Michael C. O’Day was particularly funny.”
– Letters From The Mezzanine 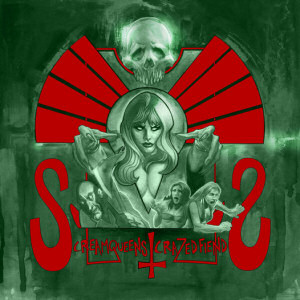 On March 30, 1979, the Civil Defense Alarm sounds in Harrisburg, PA during the meltdown at Three Mile Island. During the confusion, two women discover that once the sirens start shrieking, it’s hard to think clearly – hard, in fact, to do anything at all…